I found Franz West’s retrospective at Tate Modern outstanding. I went without much previous knowledge of his work and to be perfectly honestly, I associated him with the kind of (post)modernism championed by Anthony Caro when tutoring at Central San Martins the likes of Barry Flanagan, etc. In other words, to me West was the Viennese vesion of the New British Sculpture. I was wrong because while Flanagan clang to an already exhausted notion of modernism, West opened new avenues and most importantly, transformed art into a laboratory for experimenting new forms of spectatorship. His rejection of virtuosity and his commitment to opening the relationship between the viewer and the work of art allowed him to fluctuate between the objectual and the performative. After this show, I am convinced that he is one of the great artists of the XX century. 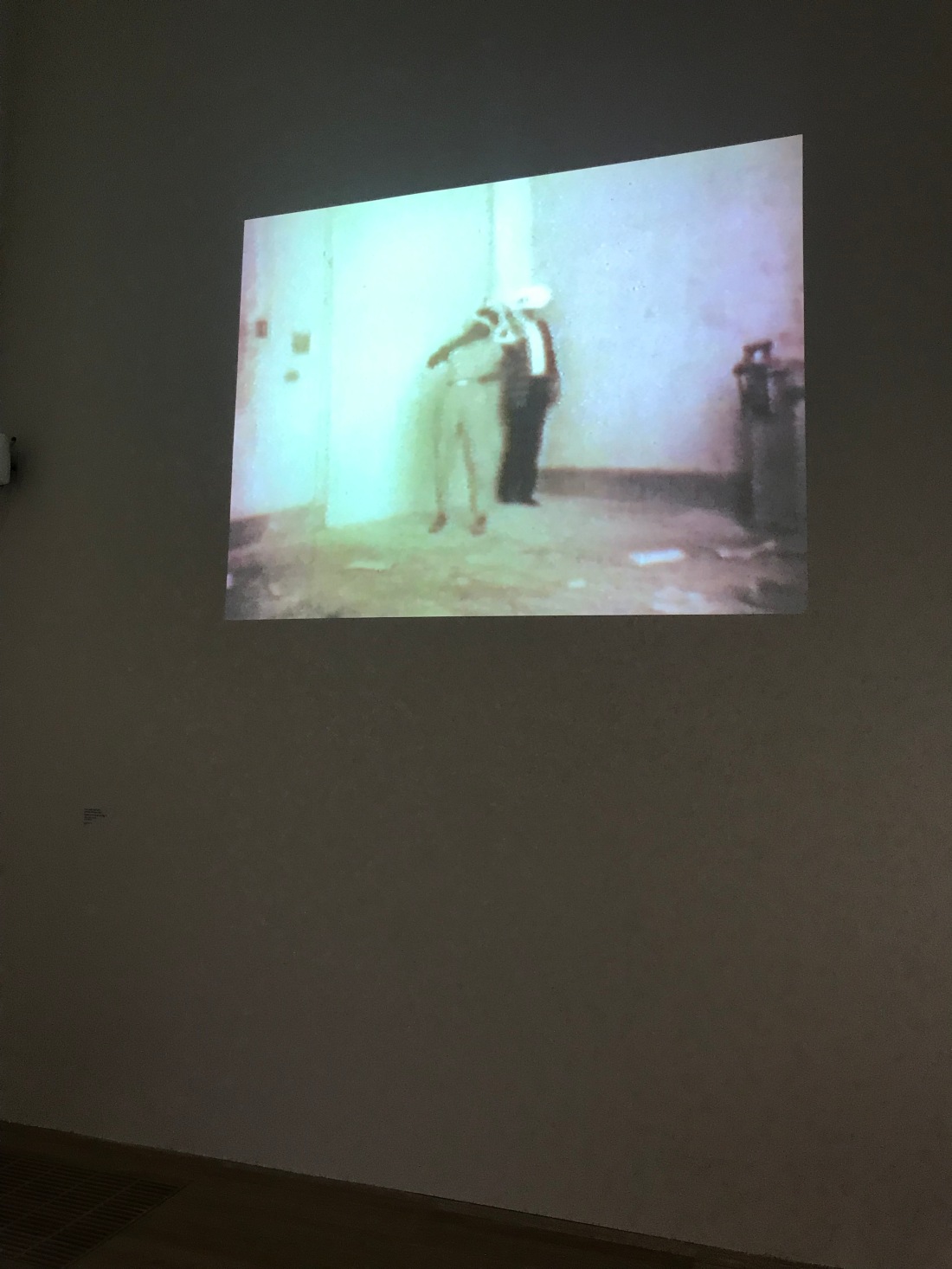 In the late 1960s, West began making art, though for many years he was not taken very seriously. He spent days and nights in Viennese coffee houses and bars drinking heavily and experimenting with drugs. He got arrested twice and was regarded as an outsider. His mother played an important role for him. She was a dentist from a middle class Jewish family who often surrounded herself with artists. He took her maiden name West as his surname and this subversion of the patriarcal line is mirrored in his artistic practice. 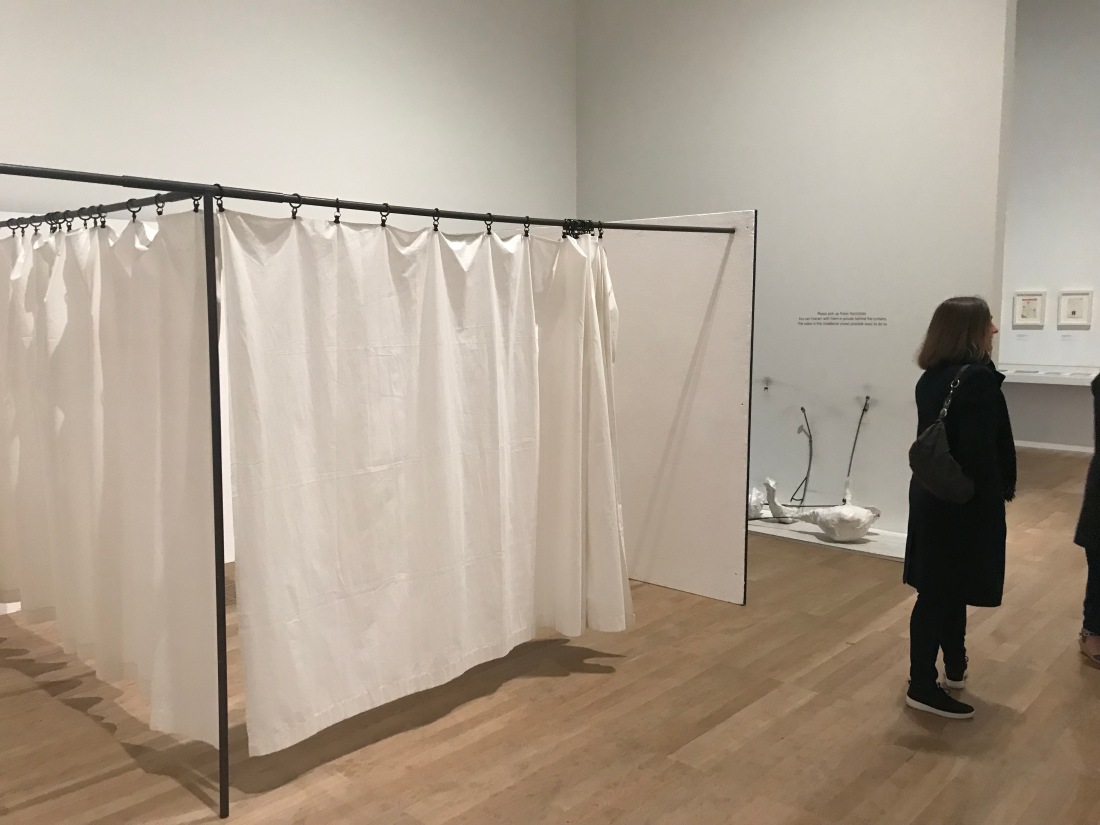 To begin with, he did not learn art in the traditional academic institutions but was self taught picking ideas from those around him, working briefly under the mentorship of Austrian artist Bruno Gironcoli whose half brother was associated with the Wiener Gruppe of experimental writers, he was in touch with the Neo-Avant-Garde. From 1973, he worked on sculptures made of papier mâché and plaster in various shapes and sizes. Many incorporated everyday objects such as paint brushes or even a radio. Viewers could handle them playfully improvising coreographies as if those works were extensions of the human body. In 1980 when they were exhibited for the first time in Vienna, poet Reinhard Prietz called them Passlücke or, in English, Adaptives suggesting that they adapted to the viewers as viewers adapted to them. The use of firstly collage and later papier maché evidences the artist’s preference for democratic media who could be handled and deployed by anyone without a formal artistic education. Not only was the artist opening up the relationship between the work of art and the viewer but he was also creating the conditions for artistic practice to be easily accesible. 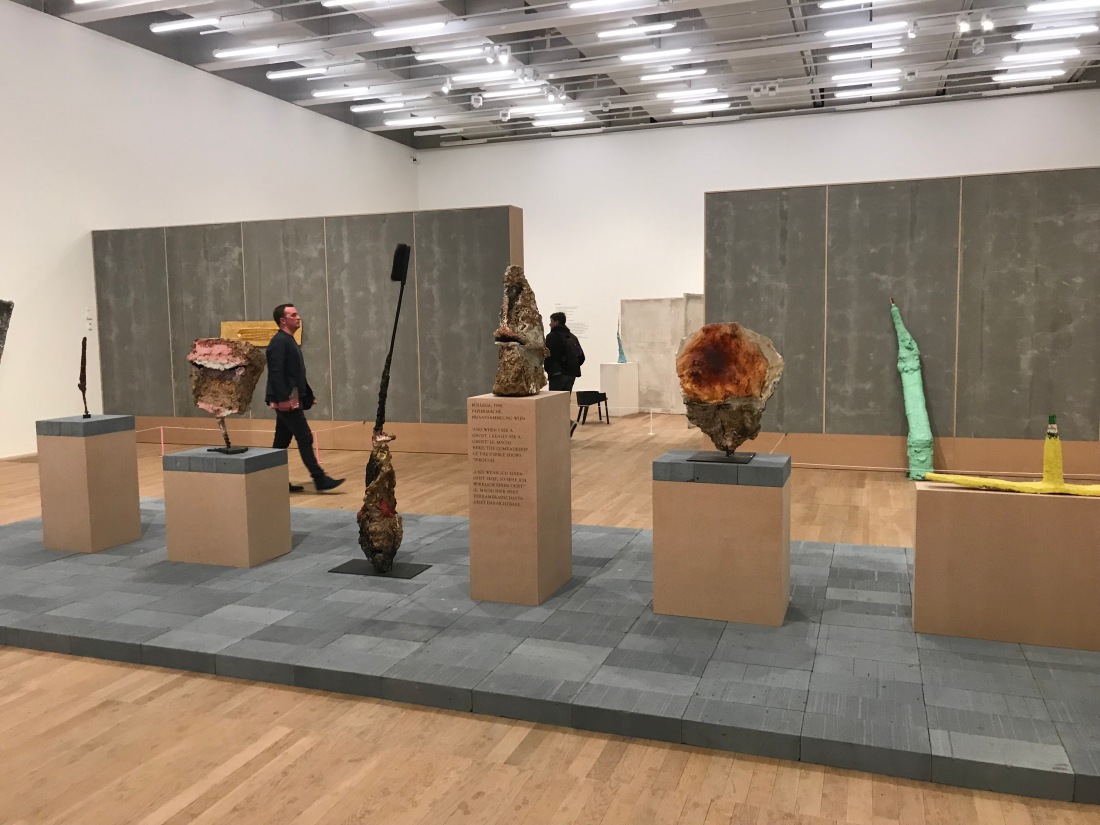 During the explosion of the art market in the 80s, West started making what he called ‘Legitimate Sculptures’ which allowed him to have his first institutional show in Vienna which was held at the Secession gallery. The Swiss curator Harald Szeemann, widely regarded as the most influential in Europe at the time, included one of his pieces in an important travelling survey of new sculpture. West used the cheeky title ‘Legitimate sculpture’ because the viewer could no longer handle these objects as before, however, his or her relationship with the work was still active. The fragility of the materials, the uneasy colours (dare I say related to hospitals?) and the inclusion of objects from daily life helped blurring the line that separates the viewer from the work. This is thematised in installations such as Wegener Räume 2/6-5/6 where he examined and took apart the conventions of how private collectors and museums exhibit collections. In these pieces it is very difficult for to know the difference between the outside and the inside of the actual work. If one of the key features of modernism is the exclusion of the viewer in order to guarantee the theatrical suspension of disbelief, in these works the artist makes sure that the viewer never knows where lies the frame. Other examples are his ‘furniture pieces’ or his Auditorium created for Documenta in 1992 which was composed by 72 divans covered in old carpets like those draped over fellow countrymen, Freud’s consulting room couch.  That was, according to him, a sculpture where people could meet, talk about the other works, relax and think. 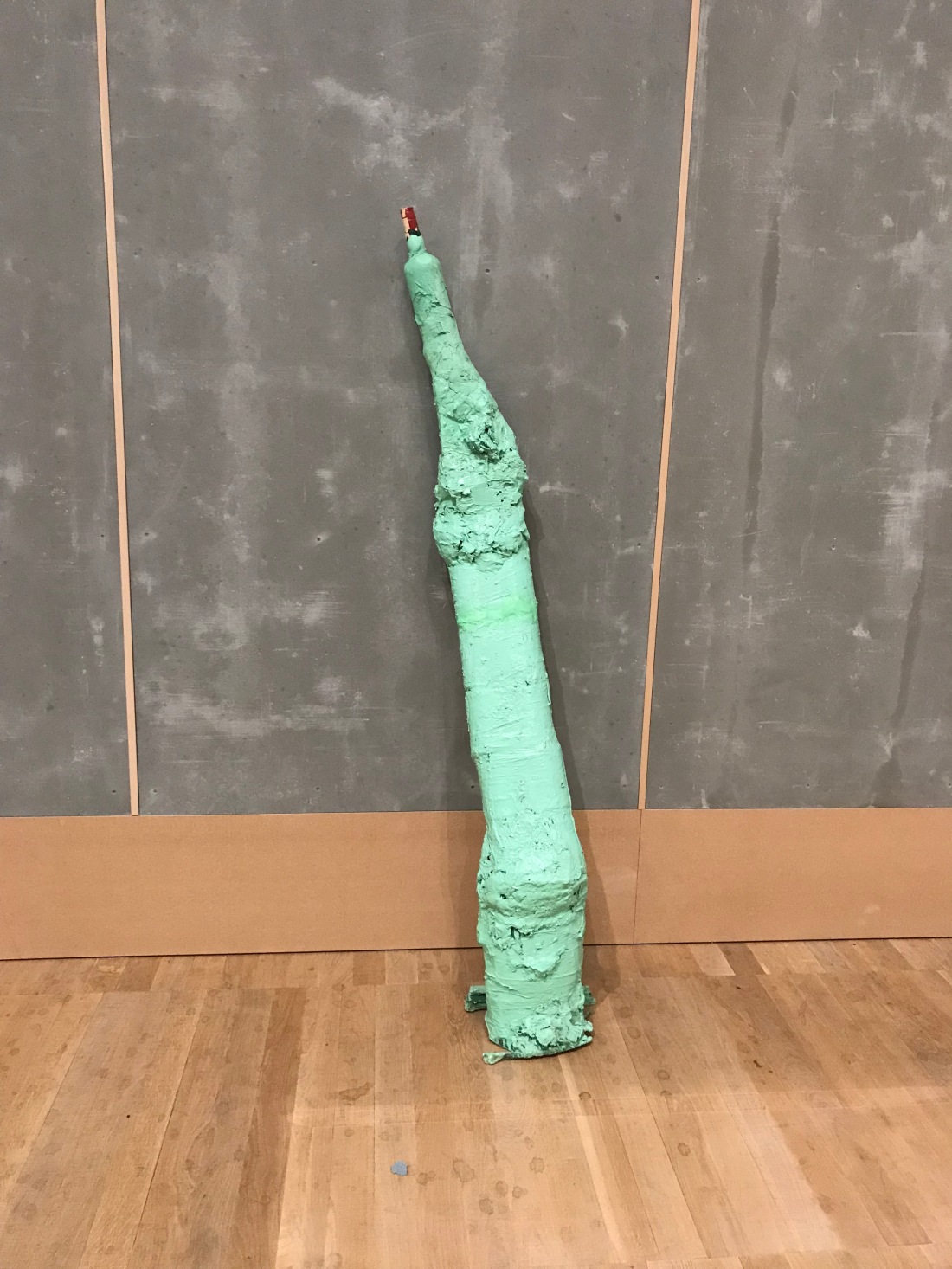 Into the 2000s, his works become closer to what we know consider New Sculpture with clear references to the human body and, possibly, to bacteria or viruses. In times of Aids, the celular becomes in his work, monumental. The relationship between his practice and the emerging global art market is evident for he passes from performance to objects. Having said this, his questioning of the terms of that engagement is permanent. Amazing show. J A T 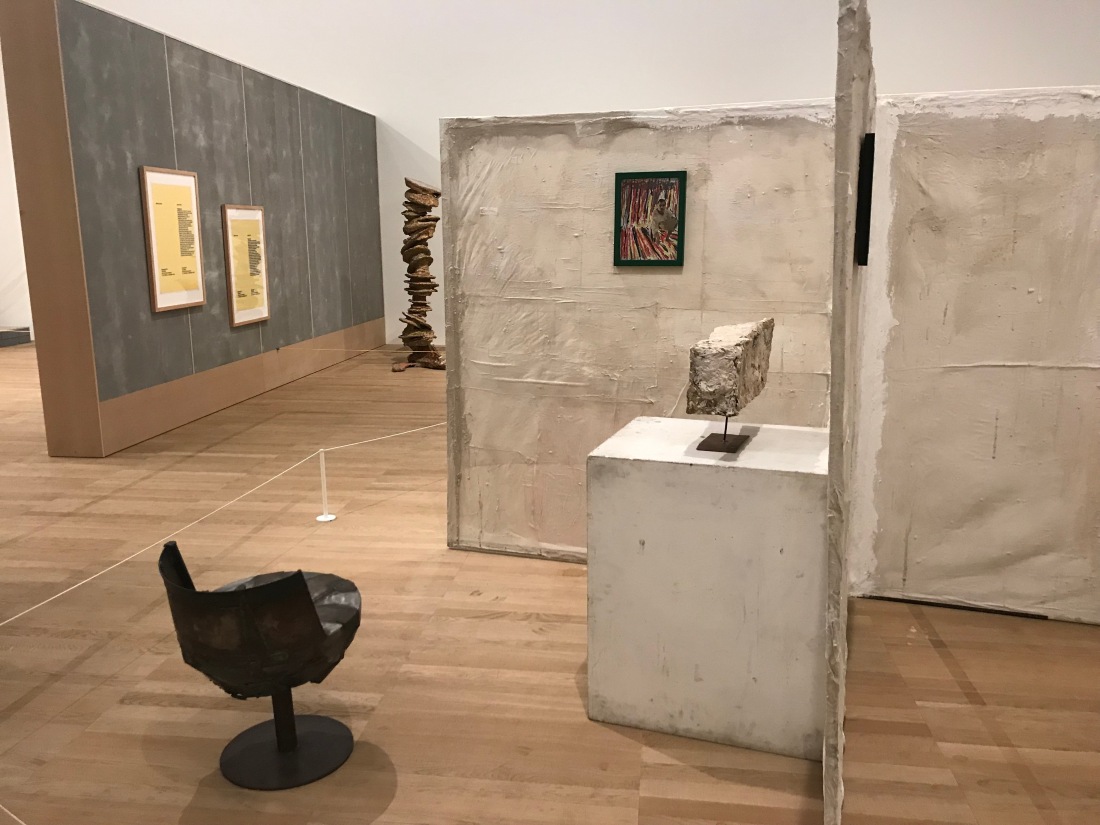